Here’s my personal take on it… take it with grain of salt. Background: I’ve been making websites ever since '95/96.

We used to be called just plain “Web Designers”… i.e. people who designed and created the website.

This is to distinguish us from people who just maintain content and update the site… who are called “Webmasters.” We look down upon those people HA!

It’s at this point that perhaps “Web Designer” label wasn’t enough to distinguish between these 2 group. So now people start calling those that can code business logic and databases the “Back End” guys, and those that primarily do the public facing site the “Front End” guys.

When did the switch happen from being called “Designer” to Developer? I think it’s somewhere around this time too… as “Developer” sounds more techie and high-end and deals with “code” vs. “Designer” which kinda evokes the artistic guy that deals with UX/UI and colors.

Me, I still call myself a “Web Designer”… even though I’ve been making database-driven websites (back then using Visual Basic, MSAccess and win-cgi) and SQL driven sites since pre-Y2K. Nowadays, I’m what would people call a Full Stack web developer.

I hope I’ve confused you even more. Carry on…

Both. Nowadays if you really want to make yourself shine, you MUST have technical and creativity skills…that means, beside the usual Full Stack knowledge, you must feel comfortable with Adobe package (Photoshop, Illustrator, InDesign, After Effects), Sketch, 3D softwares like Maya or Cinema 4D, SVG handle…
Logo Design, branding, motion animation have to be topics that you can handle (not as a pro, but you have to know principles of Design, and colors and typography).
First of all, you will increase your range of knowledge and range of potential positions to where apply (technically you can apply for everything between full stack, till graphic designer, UI/UX expert and so on).
Side note: few people may argue that this path makes you expert in “anything “; however, work routines make you expert, in a field so dynamic and evolving where nobody is expert. Just widen your skills baggage and be confident to show (even little 3D animation), don’t get tight to job positions name.
My 2c, have fun and create something everyday!

This cartoon seems to give a pretty authoritative answer:

Yes we know some designer and programmers are female. But the statement stands!

I know it’s a cartoon and trying to be funny but I’m going to suggest some might take offence to that.

The most interesting fact is the large ratio of developers to designers which is no surprise as a designer is quite specific role, akin to a graphic designer.

There really isn’t any ‘web designer’ who can make good living based on using only HTML5, CSS3…
“Hey I’m a web designer who knows HTML5 and CSS3” sounds like a suicide plan…

Web developers make more money. Learn about MEAN stack… and see how much you can make.

The choice is yours!

Please feel free to share on social channels if you think others could benefit too.

I had the opportunity to try myself in both ways.

So, it directly depends on your personal preferences. I can work with Adobe Illustrator and Photoshop, sometimes I create digital paintings and if someone think it is easier thant understanding of programming languages, it is not a true.

I prefer web development, because I have a lot of experience in web apps creating and websites building. I could also make myself the design of its pages, but I decided to find other designers, because it is important to entrust such work to a person with experience, I guess. I recommend to read this article, if you’re interested by web design: 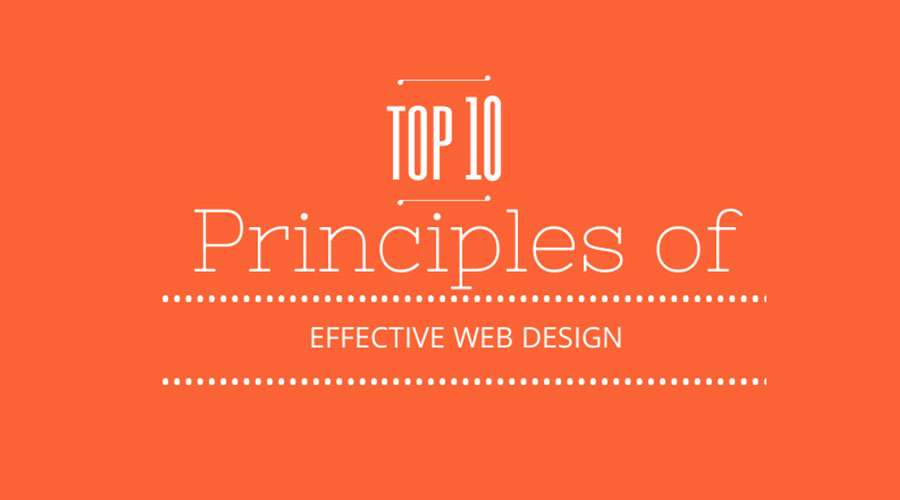 Like the phrase ‘beauty is in the eye of the beholder’, effective web design is judged by the users of the website and not the website owners. There are many factors that affect the usability of a website, and it is not just about form (how good it...

Is is very important to have experience in different design software. In this way you become multipurpose artist. In my opinion, this list shows the minimum of those programs that you need to know if you have desire to be web designer: https://www.bestadvisor.com/graphic-design-software
Anyway, both professions are very interesting

I prefer web development, because I have a lot of experience in web apps creating and websites building. I could also make myself the design of its pages, but I decided to find other designers, because it is important to entrust such work to a person with experience, I guess.

Agree with this. I spent several years studying photo editing and Illustrator while one year was enough for me to study HTML and Java.

At this moment I can say with confidence that I have no problems with programming languages, but I still have a lot in Photoshop.

I finished these courses on Coursera and, honestly, it helped me to improve noticeably my skills in web design. https://www.pluralsight.com/codeschool

Some of techniques I learned was used in my new canadian project paperleaf: https://paperleaf.ca/assignment/

But basically all the work done by specially hired designers. So, it really depends on your personal interest and innate predisposition.

In simplest terms, “design” is the creative and visual side of the web and “developer” is the engine that makes it all work under the hood using logic.

Design is about building everything that is meant to be seen and experienced by the end-user, it includes typography, colors, building layouts, interfaces, user experience, animations, etc.

Developer (Programmer) writes logic to make the website (not that it’s limited to websites) function in a certain way. There are main 2 categories for web developers:

Both fields (Design and Developer) split into many different directions, making it all very extensive. Both require completely different skillsets and are approached with a different mentality, so it’s not something we can really recommend you. You’ve gotta know what you’re good at or want to get better at and base your choice on that.
Whatever you choose, you’ll be doing a lot of problem-solving (just working with different problems). That’s one of the things it all has in common.

Both. Nowadays if you really want to make yourself shine, you MUST have technical and creativity skills

You don’t. There are loads of careers, jobs and opportunities for people specializing in either design or programming.
And the list of all the requirements besides fullstack you’ve provided is absolutely ridiculous. Let’s add building future AI-powered tech that will maintain marketing campaigns on its own while we’re at it.

There is nothing with expanding your skillset and branching out into different fields of technology, in fact, I encourage it very much. But the way you included the “musts” and “needs” in your post is not cool and very disinforming, especially that you started mentioning tech not really used excessively in web development.

Web Developer is the best career who can also manage web designing of the website.

With all the page builders and drag and drop going on I think it isn’t a bad idea to get some good design chops. (What I am striving for)

Hi adesslsalim, I think web designer is good choice. So I recommend you to become a web designer rather than just web developer.

Web Engineer(Dev) would be my preferred title. Because I’ve put in a lot of work to learn these various skills. You earned that. Be proud! Pay is generally better which can be beneficial for a simple lifestyle.

Thanks janet. Although i just do it as hobby and for part time as freelancer on and off. I also think web developing is more interesting