33 yo, from no webdev experience to full-stack developer in 4 months thanks to FCC

Hey everyone,
I’m a 33 yo guy from southern Europe and I recently got hired as a full-stack developer for my first gig in the industry. I feel like I need to share my story here on freeCodeCamp: this platform played a huge role in getting me where I am now, and reading success stories on this forum truly helped me stay motivated all the way through my journey.

My situation, and how I fixed it
After a high school diploma in IT and a university degree in humanities I had a few unfulfilling gigs in my field of specialisation where I was working “for exposure”, which is a funny way to say I wasn’t paid at all. I soon got fed up with that life, so I quit and stayed unemployed for several months, during which I applied to all sorts of jobs. Unfortunately it was still full-blown financial crisis at the time so no one was ever replying, the best I was able to find was a part-time job where I had to place leaflets under car windshields. Some people say having some education in IT or a uni degree is enough to have an advantage over the other candidates, but after hundreds and hundreds of applications lost in the void I can attest that’s definitely not the case. Eventually, after many months of despair, I ended up doing generic office work for a company of cheap asses paying a miserable wage, I sucked it up because I didn’t want to force my parents to financially support me anymore and I needed the money to get by living by myself.

As time went on, this place turned out to be worse than expected. Despite the hard work I was putting in, my wage wasn’t moving up, there was no room for professional growth, and my requests for less precarious working conditions were falling on deaf ears. I was clinging onto a dead-end job giving me no marketable skills, living paycheck to paycheck, struggling to keep depression at bay and not really looking forward to the future. I was 30+ already and it felt like it was over: the chances to get a decent career had been crushed by the bad economic juncture I had to face, my country’s harsh job market, and a couple of suboptimal life choices. Here, Reddit came to the rescue, with its infinite amount of life tips from great redditors and its resourceful CS-related subreddits. Their advice got me up and running again, and set an ambitious goal for me: becoming a software developer.

I started slow, learning C++ and doing Hackerrank exercises just for fun, that made me rediscover the passion for coding I thought I had long lost. It went on like this for several months, after which I started coding some Github-worthy projects in that language. But last year the situation at work worsened: I was doing less and less hours because my tasks were slowly being automated. I had to hurry up, so I used the extra hours at home to get ready for when I was going to be laid off. It was a period of intense work during which I:

At the end of last year not only was I ready to endure a prolonged period of unemployment thanks to the money I saved, but I was also feeling confident enough to quit the job I had and start sending out applications. I only had two moderately complex web apps under my belt, but still decided to go for it and shotgun my resume everywhere in Europe through Linkedin, and I ended up being called for some interviews in my own country. To my surprise, I only needed to attend three of them. The first one was about C++ and led nowhere, while the second and third one were about webdev (front-end and full-stack respectively) and I got an offer from both, I eventually chose the latter. The salary is in the mid-high range for an entry-level here, the location is pretty far from where I live now but in a very picturesque setting, and I get to play foosball during coffee breaks instead of staring at the emptiness of a freezing cold warehouse, so I can’t really complain. I’ve been jobless for only 10 days.

A few takeaways from my job search experience
Now, I understand not many of you can relate to my situation: I live in Europe, I have some IT knowledge from high school, and a family that could support me financially for a while, but I still want to try and give some advice back, for those who want to listen.

Thank you
And that’s pretty much it! I hope this will help and/or motivate other people: keep grinding code and you’ll get there. And naturally, thank you freeCodeCamp for getting me out of the hole I fell into, I just made a donation as a token of my gratitude.
Cheers!

This is an incredible write-up that I’m going to use as a huge source of inspirational going forward.

Congratulations on the new job and thanks for taking what must have been a considerable amount of time to put everything into such a coherent post. Bravo sir.

Love your take on this, especially the job “requirements.” I’d have a beer with ya!

Thank you so much for sharing! What an incredible journey - you’ve accomplished so much! Thanks for all of the links - I feel like there is so much I’m missing out on.

Perhaps I missed it - just wondering (and it’s the only non-code thing haha) how you focusing on your Spanish studies? And was that to also help with your career moving forward?

congrats,
thank you so much for sharing this

Perhaps I missed it - just wondering (and it’s the only non-code thing haha) how you focusing on your Spanish studies? And was that to also help with your career moving forward?

I was using Duolingo and a couple of grammar books, so all self-taught as usual. The main sprint was during my “vacation” days in August, which I spent home studying it non-stop. It was quite easy for me to get the gist of it since all romance languages are very close.
No, it didn’t help me find a job, but knowing a language spoken by half a billion people doesn’t hurt.

Congrats! I see you did mern course by Traversy. Im startng it this week and hopefully it will help on projects.
Can you share your portfolio site or github?

Congrats on making the transition, and thank you for sharing these excellent self-study tips!

It’s funny you should mention this

We are publishing all of Harvard’s popular CS50 Intro to Computer Science course on freeCodeCamp’s YouTube channel! [The thumbnail from the course's first video showing the Scratch logo] We will publish one lecture each day until all 40 hours of the course - including the Game Development section - are live. Not only is this online university course completely free - it’s ad-free, too. A huge thank you to Harvard for encouraging us to share their course with the freeCodeCamp community. And t… 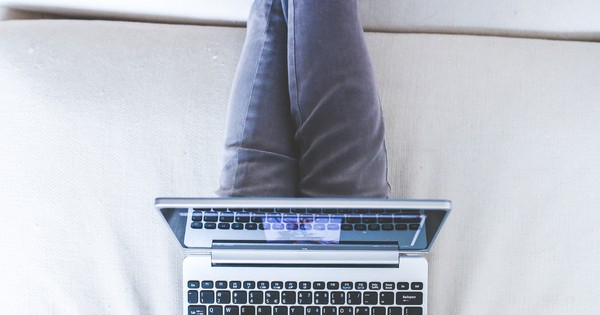 Why do I feel a great urge to do something else whenever I start doing...

Answer (1 of 7): Humans have some very positive drives. The drive to love and be loved, the drive to care for others, and the drive to express their inner essence through creative expression. Sadly, we also have two drives that are quite destructive...

Here ya go. The full-stack project is based on Brad’s course. As you can see from my bare bones interfaces, I consider myself more of a Javascript fan, not that surprising as I come from a C++ background. I don’t have a portfolio, in fact I’ve never made static websites, only web apps. I also noticed I probably started Python sooner than I remember, oh well.

Congrats on making the transition, and thank you for sharing these excellent self-study tips!

You’re the man. Thanks for creating this wonderful site, I can only see it soar in popularity in the future.

i would like to thank you alot for this Motivating article

Hey, thanks for sharing. This was helpful.

Thanks for sharing your story. Always enjoy reading these as they’re inspirational and motivational for those that want to pursue their interests in this field. Good luck in your future endeavors and keep us posted on how this new career is going!

Very inspirational. I’m in a junior role really trying to get to move onto a mid level role via FCC and I feel inspired by your words. My big takeaway is that 50% of requirements being met is the same as 90%!

Thanks for this. Keeps me motivated at 42. lol

I am a similar age. Thanks for the inspiration!

Great motivation and great, detailed resources and plan of action, thank you! I’m also from “South Europe” but already migrated to the “Center” for job years ago (also, same age

). I’m having a similar plan but had to use more than one year to get 3/4 of yours as working full-time + (happily) family things.

Thank you so much for your wake up call, amazing tips

Awesome! Thank you for sharing as I have personally feel like I hit a brick wall recently. This site it really helping me stay focused and reading your message gives me hope I can do it too! Thanks

Thank you, man. I’m 34 years old and your story helps me get motivated. Thanks for giving us hope.