Hello I would just like to get your guys pov on this subject. I recently came across a video by techlead on youtube explaining how coding is basically dead he means career wise. 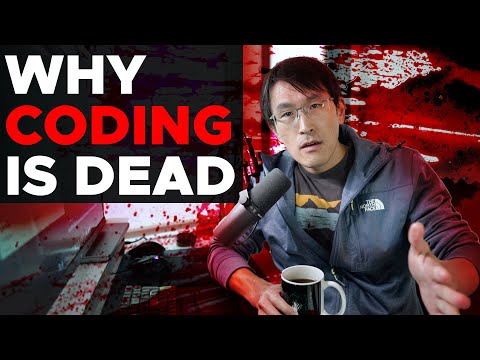 The video is here^^^^^ if anyone wants to watch it. But he basically means that companies that build websites for people such as wix, squarespace etc are replacing coders and of course how a lot of tech companies are laying people off at the moment could affect coders in the future. Coding for me is pretty much going to be my career Ive devoted too much and I dont have anything else but this is kinda a slap in the face. What are your guys thoughts on this? Thanks

Coding isn’t dead. Some people like to hype ‘no code’ solutions for clickbait but those solutions won’t remove the need for programmers.

It’s safe to ignore anything he says, he doesn’t know very much. He says controversial stuff in order to get YT views (for example, antisemitic stuff yesterday because Kanye said it and it’s trending). Afaik he was never a tech lead at Google (just worked there). He’s just a guy with financial problems (got divorced, then got caught running a crypto scam) who says controversial stuff (Women are less intelligent! Jews are bad!) to get views on YouTube so he can make some cash

Also bear in mind that the guy isn’t hireable, so that may skew his opinions

Wow, I didn’t realize that guy was that bad! I’ve seen a few of his videos before. I thought he had a few interesting things to say, but also said a few things that just sounded odd. He always seemed a little “off”. I guess I missed the worst of it.

But yeah, in general, be wary of sensationalism on social media. If you’re trying to make money on the YT, etc… being thoughtful and informative doesn’t get you money nearly as fast as being controversial and superficial.

Coding is not dead. It’s like fusion energy - it’s always “10 years from now…” Even if “no code” ever does get here, it will just a shift in jobs, like always happens with industry changes.

I only know this via Twitter & minor controversy there when he posted a video where he talked about how he wouldn’t hire women, I assumed same thing about him as you before that & this would have passed me by. But yea, at some point his channel changed from stuff about the best office chairs to Spicy Hot Takes (plus a pump and dump crypto scheme)

Your right thank you

Yeah, he has a wikipedia page, it talks about some of those things.

I saw some of his videos about working as a developer, what to expect, what is expected, stuff like that. It was pretty benign, but he definitely comes off as full of himself and a little “off” and “not a people person”, like the kind of person that people would avoid talking to. And some of the stuff he said was just bizarre.

Take everything this guy says with a grain of salt, his reputation is not the best, to say the least. He used to be a decent developer and made watchable videos, now he is telling the world how great he is and produces nothing but clickbait.

Was involved in some shady crypto deals as well as others have mentioned before.
Here is a rundown of the case from one of my favorite YT channels (pretty long video, but worth it) 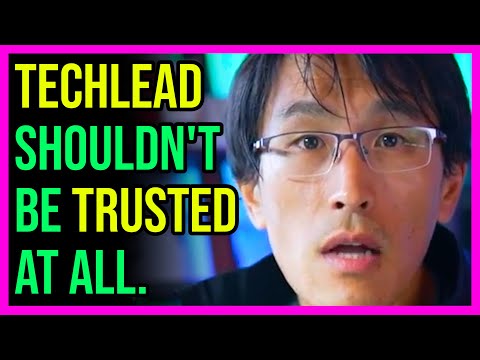 this first thing into my mind is…why would it never be absolute. didnt Alan Torring say computers would eventually code themselves? arnt they striving for this in A.I.? like skynet in Terminator? or Perhaps we will all be dirt and dust before this is enough of a reality to be significant. they claim there is a shortage of truck drivers, then you flip the page and read sefl driving trucks, logisitics , are on the cusp of replacing it all?

Because it is easier said than done.

Is it possible? Sure anything is possible, or at least not impossible. But that doesn’t mean we are closer to the A.I. utopia that the sci-fi writers of old imagine the year 2022 would look like. Remember flying cars?

In any case, I would rather listen to Fireships’ take on it. 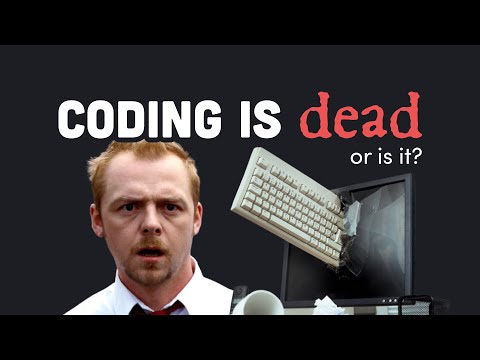 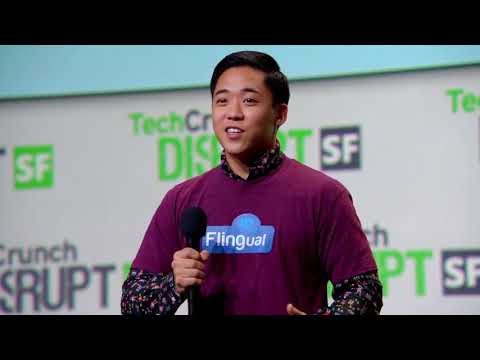 arnt they striving for this in A.I.?

Most modern AI implementations of today are primarily flashy on the surface but lack a lot to be desired in practice. Something like github’s Copilot not only has very questionable license issues at hand, making even its usage ethically and legally questionable, but it also write bad code very often. Estimates put it at 40% of the code it provides on average is wrong.

So in a sense yes AI could code something, but that something is probably very limited, redundant, legally and ethically questionable, and possibly security flawed. At that point the fact it can code anything is the least of the problems when what it can make might actually be better to not exist at all.

they claim there is a shortage of truck drivers, then you flip the page and read sefl driving trucks, logisitics , are on the cusp of replacing it all?

AI driving by itself is actually on the cusp of rolling back from “taking over” to becoming primarily a safety backup feature, or “helper”. Ford, one of the largest automotive brands in the world just closed shop of its AI driving division (ref) a few days ago. Which is just a large signal in the industry that full autonomous vehicles might not actually be the immediate future.

The outlier is Tesla, which is actually removing safety related sensors (!) while also relying primarily on cameras. Thus leading to the least safe “fully autonomous” implementation of “AI driving” globally. This doesn’t mean it’s out driving people off cliffs, but it does have a record of getting people killed.

Ultimately it depends less on the technology and more on who your asking the question to. Any single individual could give a vastly different story based on their own experiences or incentives. Elon will talk about Tesla autopilot and the future of AI for no other reason than that’s a key selling point of Tesla itself.

History tends to move a lot slower than people “remember”. This will take quite some time.

And when things change, it’s not black and white. When the train and the automobile was invented, yes, it put a lot of blacksmiths and farriers out of business - people didn’t need as many horseshoes. But it was a gradual process, over generations. And a lot of those people were able to transfer some of their skills over to the new industry.

AI coding will eventually happen. But at first it will be dumb, and inept, and costly. People will have to code the AI. People will have to monitor and fix the code created by the AI. AI is not going to instantly make the bust functioning with the best UI/UX. AI will probably be good at solving problems, but understanding how humans think and feel and experience the world, how they perceive things, the unconscious expectations we have about programs, the heuristic meta-language we use to interface with it…

Is a company going to say, “OK, we’re going to let AI generate our web site. 45% of the pages will just be horrible, confusing, and misleading - another 40% will work, but not be great, just be a little strange - 10% will be good … but that last 5% is going to be amazing.” No. They’d have to go back and fix those pages, which would take five times as many coder hours as having coders do the site in the first place.

This is how it’s going to be for quite some time. And when things do transition, it will take decades.

But if people think coding is dead, then they can go, no one is stopping you. I think ren fairs are stupid. But I don’t go to ref fair forums and tell people that it’s dumb. What would be the point of that?