I have followed npm documentation to solve this issue but it’s not use. This is what it I get on GitHub: 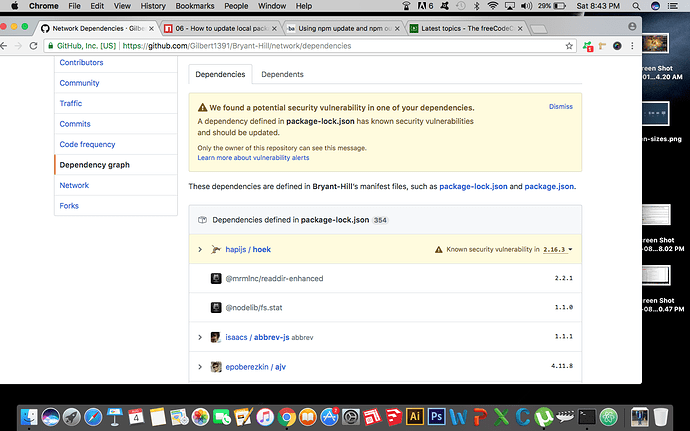 I open the terminal and go to my local repository, run npm install and I get the following message: 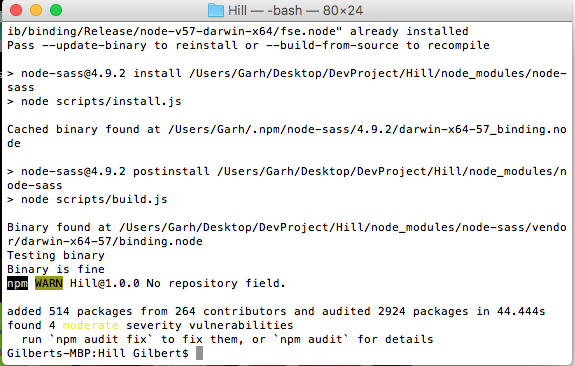 Then following npm documentation I run npm update and it still says that found 4 vulnerabilities: 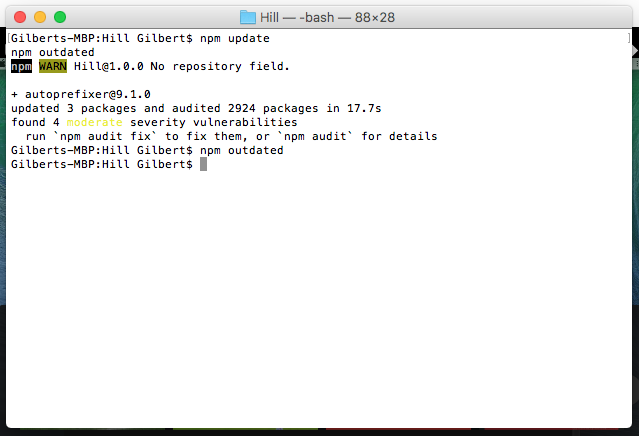 And these are the vulnerabilities: 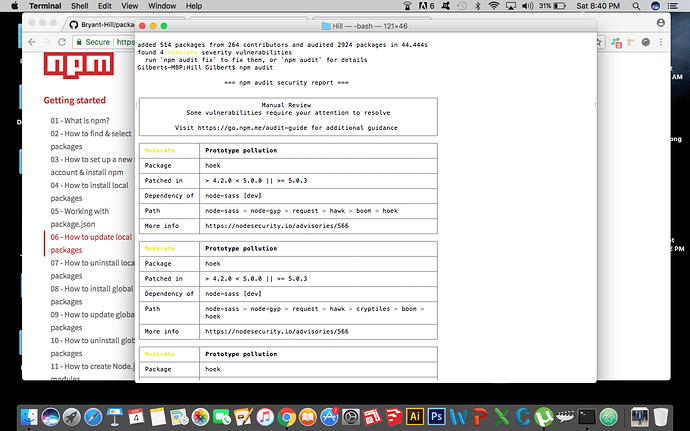 How can I fix this problem? I’m stuck here… Any help is very much appreciated.

This is after I type npm audit in the command prompt, I get this twenty times: Moderate Prototype pollution Package hoek Patched in >...

It seems like it’s an old issue, I read a few comments and apparently there’s no solution to update this package.

One question though, recently I made a few changes to a project that uses this dependency and I re-installed npm modules and it updated everything, including the hoek dependency.

Thanks for the help btw.

When you run npm install it should have generated a package lockfile - that lists the whole dependency tree, and should be all you need. You shouldn’t ever need to commit the actual node_modules folder (though there are reasons to do that, it shouldn’t be necessary).

Yes, when I run npm install it generates a package-lock.json, but my question is, after I update a package in my local repo, do I need to commit the node modules for that change to be reflected in my repo on GitHub?