How can i make app with android studio

To create an App using Android Studio you’ll use Java…
I know you said Android Studio… But if you want, you can easily create Android/iOS applications using Cordova (HTML5 + CSS + JavaScript + Cordova)!

I made an Android app from scratch. It’s written in Java using the Android Studio. I used object oriented design principles and researched other parts or api’s I had to use. Basically, take it one step at a time.

Basically, you have the activity classes which are the views. Then you have other files you create to provide the data processing to drive the views and make them usable. You create actions and whatever you need.

You can look at my source code on Github if you want to. 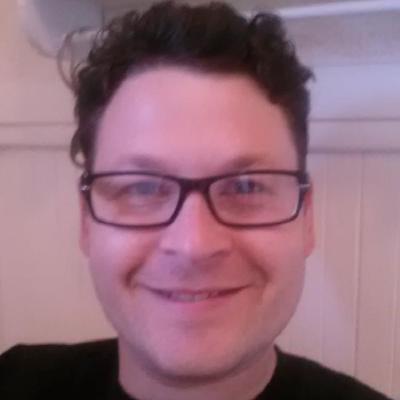 I sometimes use Android Studio to create the emulator I use when I build an app in React Native. But that’s not the same as building it in Android Studio. As others have said, that would be in Java.

And just because you seem to be less experienced, let me make it clear that Java and JavaScript are not the same language. The share some syntax because they are both descended from C, but there are some major, major differences. The similarity of names has more to do with marketing than anything else.

You don’t need Java to build native apps in Android, but it is the most common way to do it. With JavaScript you need something to make the bridge over to the Android environment. Things like Cordova can do that but it should be pointed out that that is a hybrid app, not fully native nor fully web based. React Native (using JavaScript) on the other hand builds actual native apps, so a little faster and fully integrated into the native environment.

Yeah, also Oracle says the following which encapsulates their differences. It’s like comparing apples to oranges.

How is JavaScript different from Java?
The JavaScript programming language, developed by Netscape, Inc., is not part of the Java platform.

JavaScript does not create applets or stand-alone applications. In its most common form, JavaScript resides inside HTML documents, and can provide levels of interactivity to web pages that are not achievable with simple HTML.

I passed the Oracle Java SE 7 programming certification, which was challenging. I remember the most challenging part was regarding inheritance and polymorphism. Knowing which function gets executed on a given class object needs to be carefully determined. Then polymorphism is totally awesome, obviously. Debugging Java is probably 100 times harder than debugging JS imho.

There is Kotlin as well as Java, it’s the other officially supported language for Android. Fully integrated into Android Studio (the language was created by the company that built AS). It’s expected to overtake Java in terms of the main language used for new Android apps sometime next year.

It’s a really nice, modern language, if you wanted another option. IMO a lot nicer than Java, (and much, much better than JS). https://codelabs.developers.google.com/codelabs/build-your-first-android-app-kotlin/

Those are some differences. To those I would add that JS is dynamically typed, asynchronous, has first order and anonymous functions, and has very difference scoping rules. Plus, I’ve always cringed when I’ve heard JS described as OOP. Almost, but not quite …