How to make image responsive

Tell us what’s happening:
Describe your issue in detail here.
Why when I do this:

The image is not responsive
But is responsive when I do this:

ok…i will do that from now.

Could you give us a link to your codepen (or wherever you are hosting your page) so we can play with it and run the tests for ourselves? 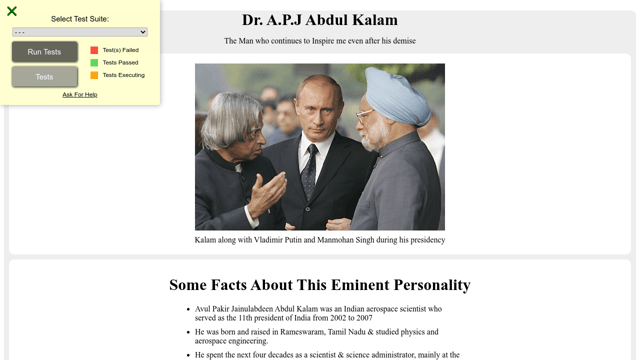 When I remove margin: 0 auto; from the img then the second layout test doesn’t pass. This test isn’t really about responsiveness but more just a requirement that the image be centered. Using auto side margins is one way to center an element and thus that’s why you need it to pass this particular test.

They are also two different tests so I don’t really see an issue. The first layout test is for responsiveness and the second is for centering.

I’m not seeing this. When I remove margin: 0 auto from the img it is not centered any more but rather left justified.

Technically, if you make the viewport narrow enough the image will be centered (and the test will pass as well).

You can center using text-align: center on the parent of the image but you would also have to set the image to display: inline-block

maybe mistake from my side. Anyways, Thanks bbsmooth

understood. Thanks for your time Lasse