No more .env files in Replit

I was following a tutorial on how to create a discord bot ( this one ) but the problem is that Replit no longer lets you create your own .env files.

I also tried adding the TOKEN= before the value but just kept returning different errors.

I saw other threads here but they weren’t about this specific discord tutorial so following along was hard.

May be this will solve you issue

Recently, Replit have adjusted their editor to no longer allow .env files to be created. As such, in order to use environment variables, a new tab in the left pane has been added which looks like a lock

[image] To add an environment variable, place the variable name in the key input, and the value in the value input.

Edit: I am using the token from the video just to demonstrate how to use the new env file setup in replit. If you want to connect with your discord bot then you will use the value you created through discord.

Here is what you have to do.

Step1 :Open up the secrets tab 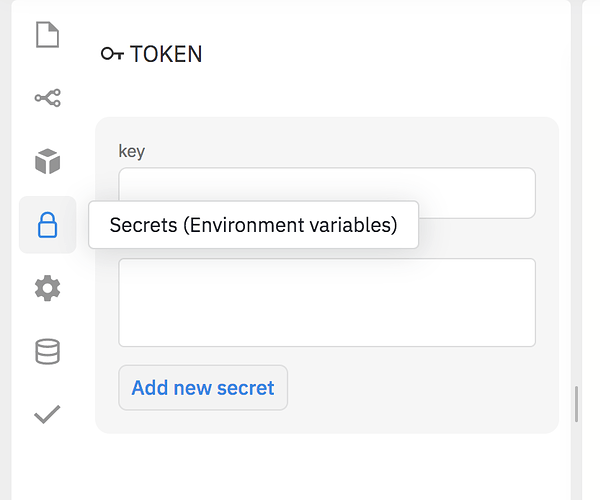 Step 2: You are going to add the KEY and value. 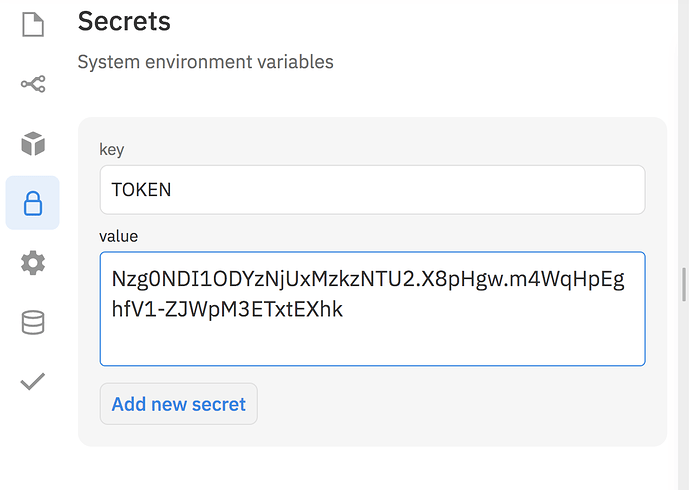 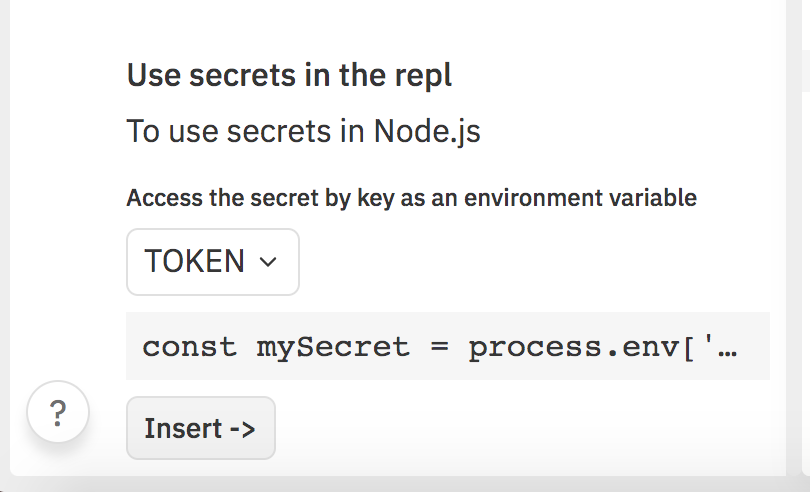 Step5: You should see the variable of mySecret at the bottom of index.js Add that variable into the client.login like shown below.

Step 6: Hit run and you should see this as the output

o longer lets you create your own .env files.

I also tried adding the TOKEN= before the value but just kept returning different errors.

I saw other threads here but t

I just literally had the same issue, did you get it solved as I can help if you want?

Thanks for your detailed answer.
I created a new replit and followed the same steps but I got the same error.

I triple checked the key and value fields so I’m not sure what I’m doing wrong.

Again, I appreciate your time

Not yet, I followed @jwilkins.oboe 's steps but I’m still getting an error

you need to use the Token of your bot, not the token in the video. It says invalid token, because it is not the correct one

you need to use the Token of your bot

I used the value from the video and it worked for me. But maybe we can try generating a new one.

But if the camper wanted to use this discord bot outside of a class project then it would be better to have their own secret token.

Let’s try getting a new token

You want to go to the 2 minute mark of the video where they start to talk about creating a token.

Then you can try adding that to your application and see if it works.

I figured it out. I was not copying the token of the bot, I was copying something else called client secret.

Anyway thanks for the help everyone

I didn’t use the one in the video… I’m obviously not going to type it all in. I used mine from the discord application developer site. It’s all copy and pasted anyway from the “copy” buttons, so I’m 100% sure there are no “spelling” mistakes token wise.

please share your repl, the environment variable are visible only to you so you can share the link without worrying about sharing your token

@jwilkins.oboe Hi when you say the Value in the secrets is exact do you want us to copy the TOKEN given by Discord or do we have to input what you wrote?

do you want us to copy the TOKEN given by Discord or do we have to input what you wrote?

Both will work, but as mentioned if you want your own discord bot then you will use the token you created at minute 2 of the video.

I’ll edit my earlier response to let people know that.

ok so we basically need to -
go to Secrets then in key type TOKEN and then in value type the Discord bot token, right?

I would just copy and paste the value of your bot instead of typing it out.
That way you don’t run into errors.

A post was split to a new topic: Help with python discord bot