Tell us what’s happening:
So for some reason my Repl keeps crashing when I run the tests. Thus the FCC tests can’t pass. Sometimes I trick it as in I run the repl then run the FCC tests at the same time and the two tests pass, but the “All the tests should pass” test fails. Any help?

If you understood the task fully and is just an issue with fcc/repl, just move on.
Don’t waste your time.
Happened to me years ago. If you got the knowledge, that’s all you need for now.
Worst thing to do is to waste time on something that does not matter.

I think that makes sense

I was just worried about having a check mark less when I’m done with the course, but thanks for the advice. Good luck! 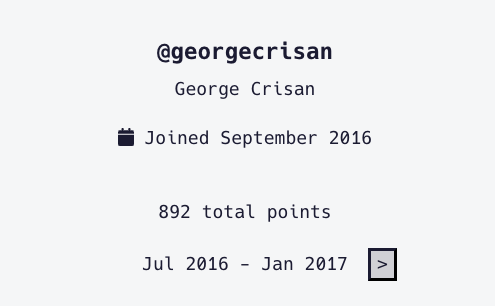 892 points, and nobody cared about them in those 6 years.
I estimate I’ve skipped about 20 tests mainly around node, helmet and tests because were really full of bugs at the time.

Wasting 2 hours to fix(find work-around) a test bug in FCC platform which I already understood certainly would not worth it.

Time management and decision making process is such a key thing in dev world.
All the best.