Question about Github and finding a job

So I’ve been working towards getting my first developer role for a while now. I’ve built a lot of projects and always try to seek bigger challenges. I try to make meaningful pushes often to my Github account to show potential employers that I’m active in building my skills. But the pressure to always push stuff is getting to me. I don’t always push stuff every day. There are some days where I just want to take a break from coding for maybe a week at most to do a hobby or something. Even if it’s not a break, I could be other things coding related like reading a programming book or playing around with a new language. These are the sort of things where making commits to Github isn’t possible, but I am still working on my coding. But I am afraid of having gaps of days where I don’t add anything to my Github because it might look like I’m slacking in the eyes of employers. I was told by a couple professional devs that it’s vital to push something everyday especially when I’m trying to land my first role.

What do you guys think? Do you agree with these devs or do you think I’m just stressing over nothing? Thanks for your guys’ thoughts. Here’s my Github activity if you are interested: 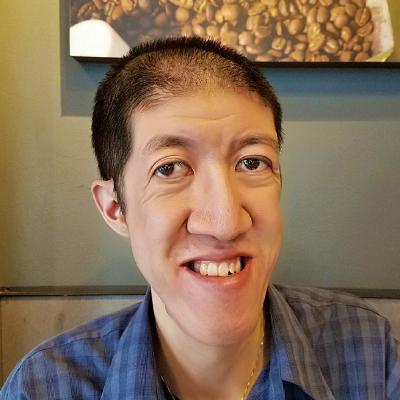 I am a front-end developer who specialized in JavaScript and React. I am always interested in collaborating to build projects to further my skills - envincebal

I’m not sure if you need to have daily commits; it seems like if a person has a good number of commits each month, they’re pretty busy.

If you like blogging (and, if you’re looking for a great way to show potential employers you know what you’re doing, writing blog posts about coding issues or new tech, or whatever… is it), create a Gatsby blog and host it with, say, Netlify, and set it up for continuous deployment through GitHub. Each time you write a blog post, you commit it to git and GitHub. Daily blog posts will make you look like a coding monster

I was told by a couple professional devs that it’s vital to push something everyday especially when I’m trying to land my first role.

When practising and presumably getting better at a skill [programming], it is a useful thing to have a calendar that you tick off every day that you’ve done something. It is a genuinely very helpful thing. This isn’t primarily for an employee, this is primarily for you.

Consider that there is fairly steady activity on my GH. But if I delete all of my repos on GH, the chart of my activity will stay about the same. And even if a prospective employer wanted to look at most of my commits, that would not be possible. I realise that comes from someone who is already employed, but I even for someone who is not, what you’ve done and what you know is much more important than a record of code commits. You know how to use git and you understand and can talk about what meaningful commits and commit messages are, that’s great. But what specific commits are is only useful information within the context of working on that particular piece of software.

Thanks for your advice. If your view, what is a fairly good number of commits per month?

You’re not the first person to suggest blogging. I think that’s a good idea because it details my growth as a developer much more clearly in the eyes of employers. I think I will start one now.

Yeah true, I guess it really is more for me than anyone else.

So if I’m understanding you correctly, the number of total commits isn’t nearly as important as the usefulness of each commit, right? I get that commits don’t necessarily have to made every day or even every few days. But based on what I have, do you think I have a good baseline amount of commits?

Only Sith deal in absolutes.

Anyone who won’t hire you because you don’t have a GitHub commit every day is a micromanaging asshole that you don’t want to work for.

A potential employer might look at your GitHub profile (I’ve never had a potential employer do so). In that case, an long running and consistent commit history shows that you are active and engaged. The point isn’t that you clock in every day, it’s that you’re doing stuff.

Let’s look at some a couple of “celebrities” in the world of open-source web development:

dhh has 22 repositories available. Follow their code on GitHub.

Even they have gaps of over a week. Heck, in DHH’s case (he’s the creator of Ruby on Rails), it’s mostly empty!

While commit history is something that many employers will look at, any competent hiring manager will know that it’s at best a very rough proxy for commitment to the craft, and an even worse proxy for ability.

Only Sith deal in absolutes.

You sir/ma’am, are many times cooler for making a Star Wars reference. lol.

But seriously though, that makes total sense. As long as I’m fairly consistent should be good enough. In fact, probably only a fraction of applications I fill out even ask for my Github profile.

Wow, yeah that is a lot of empty gaps. The first two guys seem to be committing a lot daily, but looking at their first couple years worth of commits, it’s pretty sparse. Those first years were probably before they got their first developer jobs. I guess maybe I am stressing about daily commits too much. lol. Thanks for your insight!

I’d say doing a few commits per month is fine—maybe even just one per week. There’s absolutely no need to push a commit to GitHub everyday. GitHub commits in general won’t get you a job anyway—in order to land a job, you should be actively applying for them.

Also, what you’re committing is far more important than how many commits you’re making. The best type of activity on GitHub is one where you’re either contributing to an OSS project, or otherwise collaborating with other people. Pushing random stuff to your own GitHub repo isn’t as valuable.

Thanks for your thoughts. Good points on emphasizing open source projects. I totally take responsibility for not really contributing to OSS much. So I need to start looking at some that I care about contributing to,

Thanks for all your guys’ feedback. It seems like I’ve got the wrong mindset. This takes a huge weight off my shoulders.

Keep in that mind that there are plenty of reasons to contribute to OSS, but I’d consider these the biggest:

Writing your own code from scratch is certainly valuable for learning, but in reality, in most jobs you’ll be working with other developers on an existing codebase. So that means reading & understanding someone else’s code is an essential skill that you have to develop, along with knowing how to use Git branches.

I’m neither an employer nor a professional full-time developer, just an enthusiast. So, take anything I say with several grains of salt. My rule is to commit every time I make a change that targets a specific issue. If your reason for committing can’t be described in a single sentence, you probably should have made a commit earlier. I just checked my GitHub and it seems I’m making between 50 and 70 commits per month.

Note that GitHub is just one place to store a record of code, and Git is just one version control system. There have been (and still are) many. And there is no reason why, if a version control system is being used, code versioned using it is exposed to the world. And there is often no compelling reason [in many cases] why it is necessary that someone should work on code [and publish it] outside of their place of employment, or have their work on codebases be publicly tracked.

I get that employers use GH as a screening tool, but [minor rant] this is IMO slightly corrosive because it selects for people who don’t just treat coding as a job. Which is fine in some respects (from an employer perspective, you want people who will do jobs because they like doing the job), but if you step back and look at all other professions, this is something of an outlier*. It would seem to me to select for people who are young (ie they have fewer external obligations taking up their attention, like families), and people who program at the expense of other activities (eg social activities: insert some disturbing tech-related cultural issue here). Note you can also game GitHub stats quite easily: a prospective employer is not going to look at things much detail.

* Edit: I was thinking about this, and I got sports, entertainment, possibly stuff that involves working closely with animals, artisanal/hobby skills that people translate into jobs & I’m starting to draw a blank already by this point (and I don’t think the last category even counts)

I think @ArielLeslie said it right: if a hiring manager is put off by gaps in github commits then chances are you probably wouldn’t want to work for him/her anyway. Don’t want to end up in a death-march type of environment.

I don’t think amount and regularity of commits at github is showing something. Github allows HRs to find out the way and speed you solve problems. Anyway github is not the only place where you practice in coding. And writing code is not the only way you can learn to code. You might read, complete challenges at other resources and github will not show this activity, which I think is as important as writing code. So chill and do it the most comfortable way.

Also, consider organizing your Git better which (also amounts to committing often). Many employers look at the organizational skills of a programmer and so there may be days where you want to make sure your README is well documented and clear.

Consider organizing your Git into smaller Table of Contents markdown files which show all your reactJS projects together (with links to their READMEs), your Django projects, your API-based projects, your python data-projects, etc. Put those ToC .md files on your Git landing page so an employer sees you’ve been coding but are organized and have made a convenient road map for them to discover what you’ve done.

It’s what I plan to do, but using Jekyll instead of Gatsby. Just got my website running but will add more content before advertising it (currently working on a post explaining how I set up the whole Namecheap + GitHub + Jekyll thing).

But yeah, go on a blog away!