I really like roadmaps…they really put into perspective whats important to concentrate on to get the groundwork skills, as well as what to work on to take things further. I used The Web Developers Roadmap as I went through this journey, which is awesome…recently Ive been leaning towards React, so pretty excited to have come across this.

Its also kind of cool to see how much I actually know (cause I do feel sometimes like I dont know anywhere near what I need to). I know all the “must-haves” except a couple that Im aware are weakpoints of mine that Im working on, redux and testing, but Id never even heard of i18n before, so def going to look into that.

Check it out, what are your thoughts…!

That is BRILLIANT. It gives me a pretty good handle on what I know, and what I need to know. Trying to break back into the web dev world, and something like this gives me a solid idea of what areas I should focus more attention.

Thank you, @cndragn, for this. And i18n is shorthand for internationalization (a weird way of saying "an eighteen-letter word starting with ‘i’ and ending with ‘n’).

Pretty awesome right?!! If you havn’t seen it yet, heres the Developers Roadmap… there are three paths, Front End, Back End and DevOps. I found this one about 6mths ago (I notice a few minor changes, looks like he keeps it updated which is awesome!), and immediately stopped referring to myself as a Full Stack Dev

Considering a full stack dev has an understanding of front end, back end and dev ops…I realized what I actually needed to know. I definitely didnt know it all, not even close, and decided it would be better to decide on a focus. This road map helps a lot though. I refer to it all the time to help me decide “what next?!” Ironically, I have ended up developing skills from all 3, so getting closer to full stack kind of naturally.

Thanks SO MUCH for explaining how they came to i18n!!! I did a bit of quick research on it when I saw that last night, but didnt see that mentioned…I think thats kind of cool! Im going to start referring to myself as C15n …cause Im a dork like that 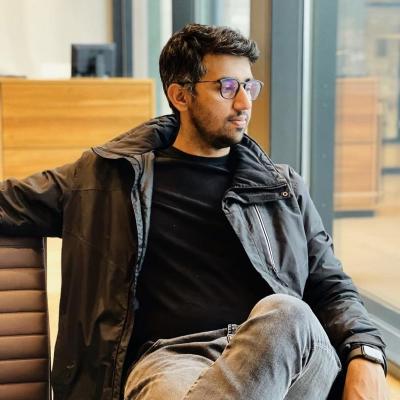 Roadmap to becoming a web developer in 2019. Contribute to kamranahmedse/developer-roadmap development by creating an account on GitHub.

Hahaha! I think that’s BRILLIANT. c15n has me giggling. I guess I’d be t18p which just looks weird. And reading through your blog a little has inspired me to get my butt moving on a few dev projects I’ve had in the pipeline, so I can get back to calling myself “full stack”.

It seems what was full stack in 1995 is back-end, and what IS full stack now just didn’t exist then.

Yeah, things have changed a whole lot since then!!! Front end was an afterthought…when I first started learning HTML in 97, it was all you needed to know. Everything was inline styling, tables for layout…websites were a glorified excel spreadsheet if you think about it!

Then front end tech started growing…so it split off, then Dev Ops became a thing, then it split off. The only one that doesnt really seem to have changed too much is back end. Im sure of it though that in another 10yrs, there will be yet another aspect of development that will branch off because its gotten too big for one title.

Kind of very cool…this is something for someone who hates to be bored, doesnt want to do the same thing day in and day out forever. But…theres room for that too…someone could become a php dev. I dont think that language has updated since…when did it come out again?!

(Nothing against php, it gave me my first taste into backend afterall when I was developing wp themes. But def not trying to go in that direction! lol)