hey everyone! I am coding all the time throughout the week and I decided to start doing it live so others could watch me code.

This is my first time streaming live so sorry if the quality is bad. I will be coding a live a lot in the future. I decided to do this because I like to watch others code live myself! 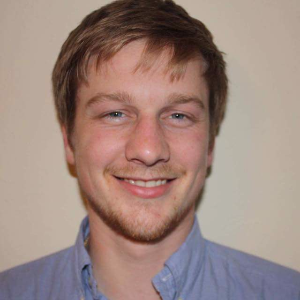 I’m getting nothing but black screen now. I guess this is how Twitch works?

Maybe, just screencast it and save to youtube so it can be replayed? That way latecomers like me can still watch it.

Sadly I caught the last maybe five minutes of it, but it was looking good from what I saw!

If i might make a suggestion, (and ignore this if you did have a mic going and I just had an audio issue on my end) but it would have been nice to hear you talking about what you were working on. Maybe why you were doing a bit of code a certain way. That way too if anyone is looking for advice you can reply hands free.

Otherwise great stream and good luck to you in the future!

It is possible to save past streams in Twitch. I run chat moderation for a channel and every time a broadcast ends it goes under the “video” tab. No idea how one goes about that, I assume it’s something in the channel settings.That being said, also having them uploaded afterwards onto YT is a great idea.

True; he could setup his Twitch account to automatically record his broadcasts so if anyone misses a stream it’ll be saved as a VOD.

@noyb @dlyons great suggestions! I will set all of that up! Next time I stream will be tomorrow at about 7:00AM central

@dlyons I wish I could talk and explain during every live stream , but I can’t since I am around other people at my work lol I try to communicate over the chat built into twitch(:

very interested! today is the first time i ever used twitch, lol

You did fine! Also I enjoy watching other people code and silence, so it was pretty cool.

Another suggestion would be to setup OBS Studio to have different scenes for a bunch of windows (VSC, Chrome, Postman, for example) and have the Automatic Scene Switcher (under Tools) handle them (it basically switch to the active window without you needing to do anything). That way you wouldn’t have to worry about what the viewers are seeing.

Only issue with that is that OBS Studio has an issue with hardware acceleration, so you would need to disable it for Chrome and VSC (otherwise it would just show a black screen).

That’s just a matter of preference, of course!

I was trying to figure out how to do that! I have 2 monitors. I will learn how to set that up so it will make viewing easier. I am glad you like watching the code ! Sometimes I will be able to talk and explain what I am doing, but for now I will have to stick to twitch chat.

I like OBS studio! the only thing bad is that when I am streaming, my laptop sounds like a boeing 737 about to take off. http://www.boeing.com/resources/boeingdotcom/commercial/737ng/assets/images/marquee.jpg

Oh, you are on laptop. Yeah, OBS Studio can be pretty resource demanding. What are your streaming settings and pc specs?

isnt that the truth ! my specs are pretty good. my laptop is running 32 gigs of ram and it has the latest i7, she is a beauty!

Gotcha! Hey no biggie, as I mentioned before it looked like a great stream nonetheless. I’ll try and catch your next one

Well, that seems good enough for sure!

Try fiddling a bit in the Output section of OBS Settings. Select Advanced (Output Mode) and see if modifying the CPU Usage Preset helps making the boeing a little quiter!

lol, that was super funny! I will see if i can finagle with the jet prepulsion system on it!