I’ve been planning to do the last 5 “Dynamic Web Application” projects with other campers since I haven’t done any pair programming throughout my fcc experience yet and I want to be prepared for the nonprofit projects.

The projects I’m talking about are the following

I’m working on linux so screenhero isn’t an option. I plan on using a combination of Chrome Remote Desktop and Hangouts but I’m open for whatever works.

I’m located in germany so TZ is UTC+1.

I probably can only do elaborate pairing sessions on the weekend but for the sake of getting things done I might be able to sneak some time in during week evenings.

I’m still unsure on how to properly consolidate the frontend and backend stuff I’ve learned so I’d be extra thankful if some of you could offer some insight then. If I went solo I’d probably go for a combination of react, redux, express and mongoose but I’m really open to suggestions.

I plan to start next weekend, I’ll message you throughout the week. 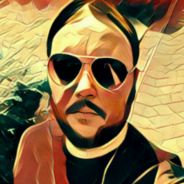 I plan to implement most of it using react with no server side rendering at all. All the express app will do is deliver json and save stuff to mongodb. For authentitcation I plan to use passport (passport-local and passport-github2).

I’m still not sure if my plans will work out at all but I’m hopeful.

Still hoping for the possibility to pair on this.