What can I improve on and what do you like ? I know its pretty basic but just trying to get my head around html and a little css 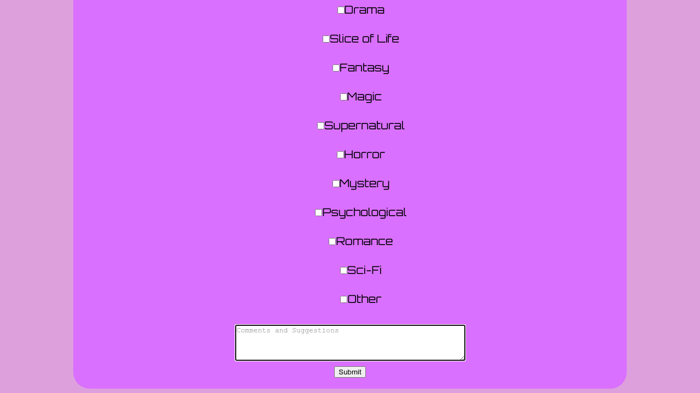 I like the general layout and color scheme of the page, in addition to the fact that it is about anime.
As for suggestions,

Hope this helps you.

So what is typically the best way to deal with that? Would I need to use like display: block or something like that in the css?