The New UI looks like some CSS is broken. Or is it Work in Progress?

The new UI looks like this with some old CSS gone. The animation on completing a task is also gone.

Is it a bug or the UI is still WIP? 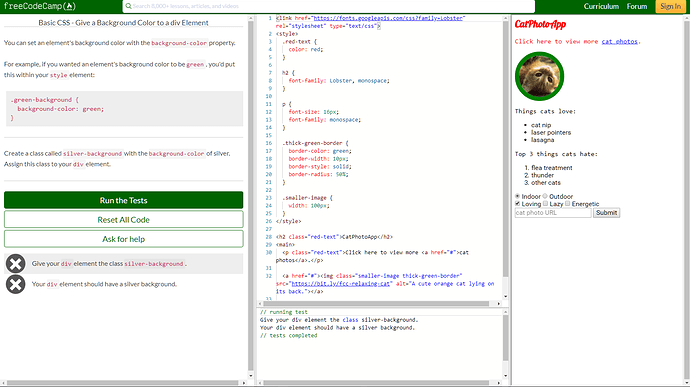 same! I was completely content with the old sublimetext-like editor, hopefully the team will bring it back

@dipper @Frisbeechickenwings @thatmellowfellow
The FCC team made the decision to push one big update that included the changes to the curriculum as well as the completely new implementation of application. There is still a lot of work that is being done to improve the UI, but they decided to get the curriculum out into the hands of campers as soon as it was ready. In the 5 days since the migration, many UI improvements have already rolled out. Because these changes can be released without impacting core functionality, expect to see a lot of incremental improvements to the UI rolling out steadily.

Great, how can we contribute?