Hi all, if anyone can offer me feedback, I’d be grateful. 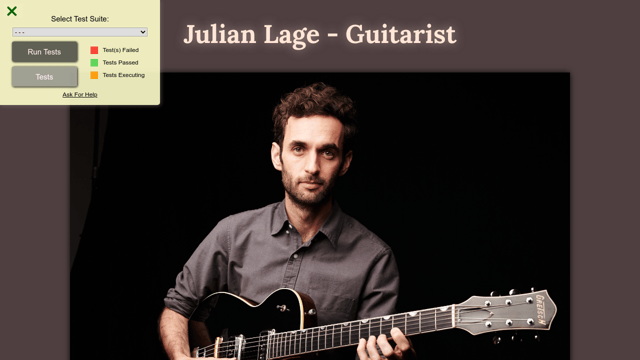 I’ve checked color contrast and made the focus and hover states, quite clear. Not 100% sure on the colors for the link. I want something bright, but not identical to the text if possible.

Anyway, looking forward to your suggestions.

You don’t have to incorporate if you want but as a suggestion maybe add a little margin/padding on smaller screens so the text is not up against the edge.

Hey, very nice job here. This is one of the few I have reviewed where running some basic accessibility checkers on the page returns 0 issues. Of course automated accessibility checkers are not 100% guaranteed to find all of the issues (you’ll be lucky to find 50% of them) but they do find a lot of the big ones so they are useful.

I do have a few suggestions to enhance accessibility a little, but these are pretty minor so you don’t have to listen to me and they are not intended to be major criticisms.

Again, great job with this.

Thanks for your reply. I totally agree with you. I’ve now added a margin at the breaking point and it looks a bit smoother.

Great advice and thanks again.

Thanks for your reply. Your feedback was excellent. I’ve changed the font to something similar but without the built in line height. I’ve also removed the Starting out header and upgraded the h3’s to h2’s. I also agree about the changing font size for hover and focus and this has been changed to.

Font size… Ah yes, I had got that bit slightly muddled up, I haven’t changed this, but now I know for future that REM is set from the root directory and can be overidden with the :root selector. Thanks for the reminder.

More generally thanks for the fantastic feedback