Which do you prefer: Codepen or jsFiddle

I used codepen exclusively but after having connection issues and having it just decide to stop working and erase my code randomly after working on something for 30 mins im done with it. i
jsFiddle looks like a good stable, no bull* editor so im gonna start using that instead.

This is the closest to local development: 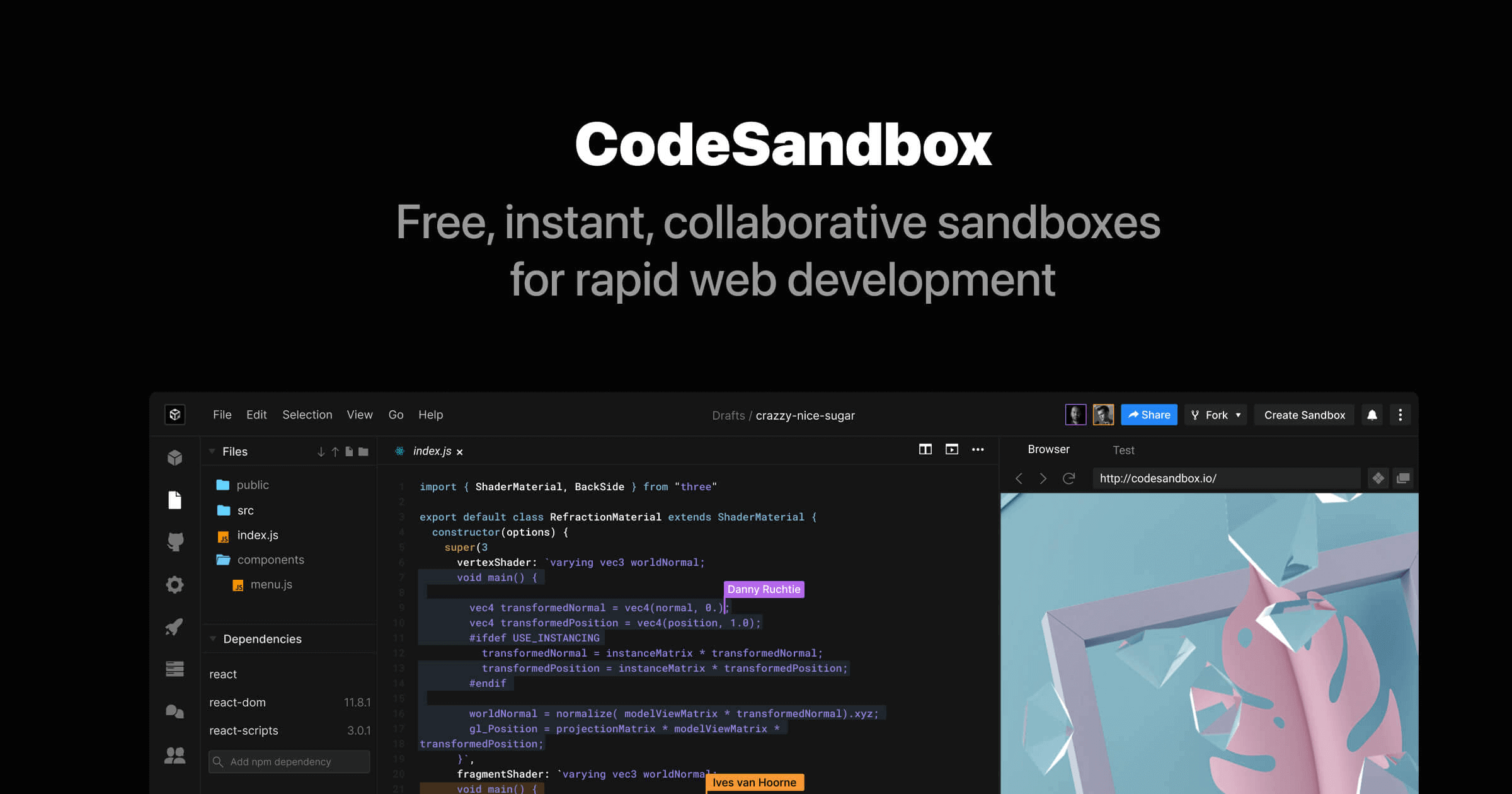 hrm…I’ve never had a problem with Codepen unless I accidentally write an infinite loop which breaks just about everything.

I don’t like jsFiddle really, but then I’m doing more than JS.

If you want to control all the things, set up a local host and keep it on your machine until you’re done.

jsFiddle for running experiments on patterns in JS and seeing immediate results (usually a subset of what I’m trying to accomplish in a larger project).

VSCode for Windows with XAMPP or npm to develop any larger project (integrated git support - I use gitlab for remote code storage because github didn’t previously offer free private repositories, and gitlab has more CI/CD built-in)

I started with jsFiddle, and I like it a lot. I’ve used codepen, it works and it works fine. But of late, I’ve switched my allegiance – if I’m not using my own server (over at CodeAnywhere), I use repl.it. I like the fact that, when I’m building JS, I can build in a pure JS environment. If I want HTML/CSS/JS, I can do that. If I want Python or Node or Ruby or whatever… there’s a repl for that.

There is also stackblitz, but it’s more geared to larger projects and using frameworks. I do like its using VS Code for the editor. I haven’t actually used it all that much but I thought I would just mention it.

I use jsfiddle if I’m just testing JS code, I’d probably use Codepen if I am trying some CSS animations.

If your working on a React app, typescript code, Angular, rxjs, or ionic project, Stackblitz (as @lasjorg linked above) is the killer code playground option.

I’ve used Stackblitz a good amount, and let’s just say some of its features make it more or less magic. (offline, and speed are key) It was designed with the intent to teach the mentioned frameworks in the easiest possible environment as possible, by handling all the underlying software for you, allowing you to focus on the development part.

Outside of these use-cases stackblitz isn’t the best tho, I’d go with one of the above linked web-sites for basic node playgrounds (or your own browser console hehe), but for React/Angular apps Stackblitz is hands down the best.

Used codepen because fcc asks us to do so, after a few months and trying codepen, fidlde and codesandbox, i would surely go for and recommend codesandbox.

FCC suggest codepen, but you can build your projects anywhere they are publicly visible