Tell us what’s happening:
I am unable to submit the page for build a tribute page. Is there a compulsion in following sequence of the web development free course?
because I have directly go for tribute page but I can’t submit it . I didn’t even see the submission button .
Even I have passed all tests but on site it is showing 8/10.
What do I do? 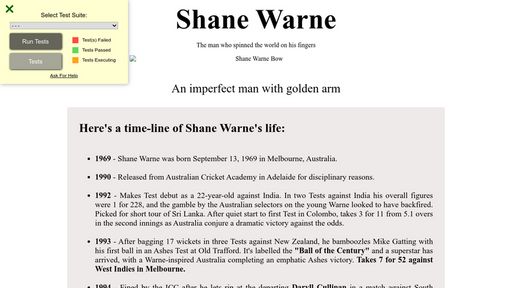 The challenge seed code and/or your solution exceeded the maximum length we can port over from the challenge. 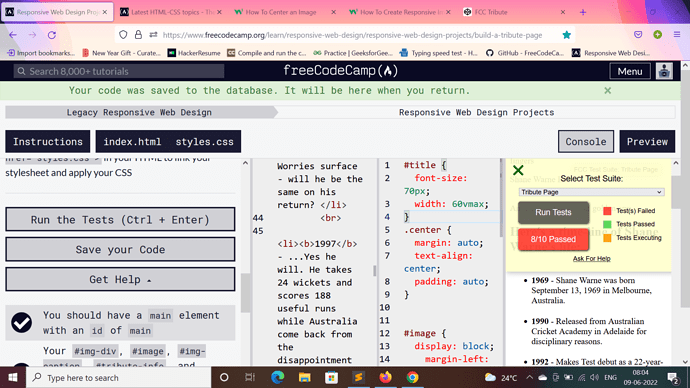 Please share your code so we can help you.

Even I have passed all tests but on site it is showing 8/10.

On the left hand side scroll down to see what tests are not passing.

Mam, but I can’t see here where I have to submit the link.

You are no longer able to submit a link.
The curriculum has changed.

You submit your code in the editor and click on the run tests button.
If all tests are passing, then it will show a submit button.
Right now you are not passing all of them, so there is no submit button showing 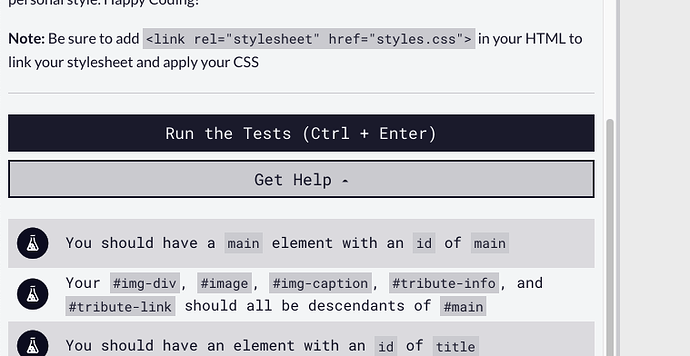 Mam, but on test suite other than fcc editor it shows that test cases are passed. 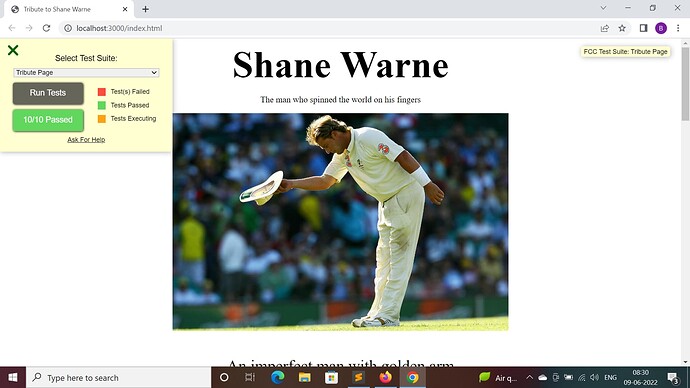 If you are failing two tests, they are probably the css ones.
Which means you did not link the css to the html document.

I can’t see your code, so I don’t know if you did that step or not

But the test is very specific and wants this 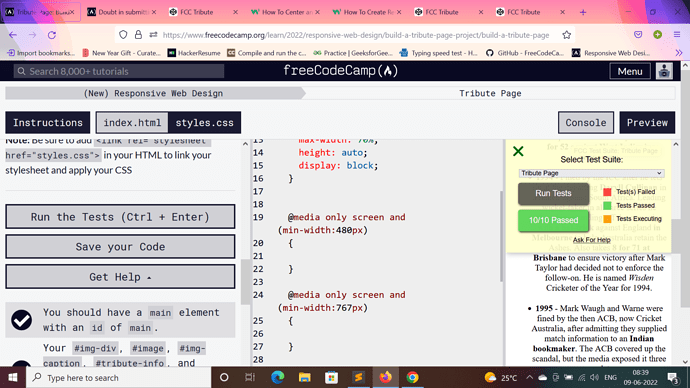 Are you sure you don’t see any x’s on the side panel here?

All of them have checkmarks?

If you have all checkmarks then click the run tests button and a popup will show up where you can submit the project.