With the UPDATES to the FCC site over the last couple days, the layout has changed to horizontal panes from vertical?

and my MAP of challenges is cleared, not showing any completed and a bunch of EXTRA challenges added to the lists. Way to move the cheese/carrot. At this rate I will never complete the certifications.

That sounds interesting! Mine looks as usual… 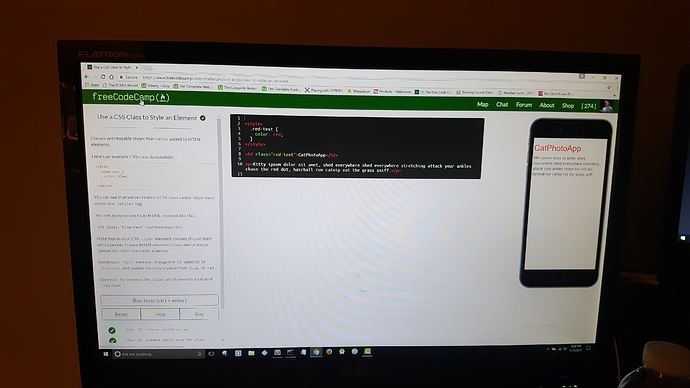 Same as @daulis809 said: all appears the same, with neither new challenges added nor already-completed challenges cleared in Map.

As far as I know there haven’t been any recent updates, but generally speaking…

the layout has changed to horizontal panes from vertical?

That sounds like a screen resolution issue. The layout will change when your browser window is narrow. Try zooming out in your browser or checking your display’s resolution. This is not new behavior.

and my MAP of challenges is cleared, not showing any completed

Your profile is set to private, so I can’t see the list of completed challenges, but I do see lots of activity over the last 11 days. Look at your profile. My guess is that you are on another browser instance or that your browser’s cache has been cleared. If completed solutions are missing you can contact team@freecodecamp.com . Keep in mind that we are volunteer driven and have a relatively small core team so sometimes it takes a while for someone to be able to look into your issue.

a bunch of EXTRA challenges added to the lists. Way to move the cheese/carrot. At this rate I will never complete the certifications.

Keep in mind that only those challenges marked with a * are required for certifications. Additionally, once you have completed a certification level, changes to the curriculum do not make you lose your certification. You won’t have to go back and address new or changed challenges/projects after the fact.

Free Code Camp is under constant development. We’ve all been looking forward to the addition of more challenges and entire sections since their planning was announced months ago. For more information about coming curriculum expansions, see this forum thread

I strongly advise against Microsoft Edge. Developers try to support all browsers but the… “idiosyncrasies” of Edge and Safari make that very difficult. Your best experience will be in Chrome, but Firefox is also well supported.

So no Microsoft or Apple support, got it.

Both Microsoft and Apple can run better browsers than they’re packaged with.

As I said, the team works to support all current browsers. The problem is that Safari and Edge are both terrible at adhering to web standards, so unpredictable behavior occurs. When browser support problems are found, we bring them to FCC’s attention using GitHub Issues and hopefully one of our contributors can fix the problem in a timely way. With these two browsers it’s a matter of putting out fires as they appear and taking the time to write, test, and deploy additional code for the nonstandard behavior of that browser.

I suggest using Chrome or Firefox when available because you will encounter less bugs in the first place. This applies to other web applications and really the internet in general. You are welcome to use your browser of choice and bring problems to our attention. You might find it frustrating though to run into issues and be constantly told it’s because of your browser. (That doesn’t mean we’re unwilling to fix them. It’s just the diagnosis.)

I would try downloading google chrome or safary, those are really popular based on performance; when i try -caniuse.com- most of the time those two can handle the task/code im implementing.

ahhh ... so FCC is operating under the Google banner with their Chrome/Chromium OS which is a direct competitor to MS and Apple products ...

Not really! reason is that Node.js allows you to run javaScript on a server and node.js uses V8, the same engine that the crome browser uses to display pages on your machine… 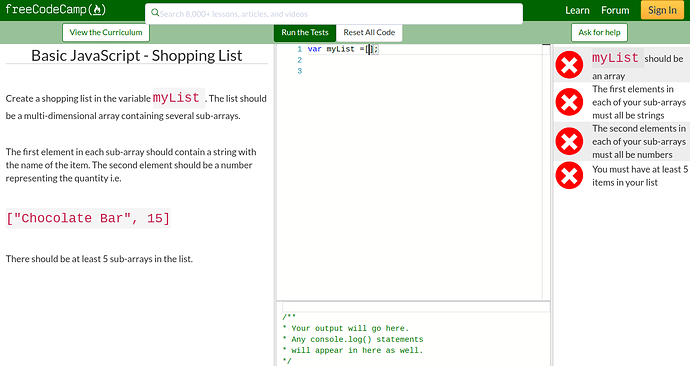 I’m using a chromebook. I liked it better before this with the black background and colored text.

The design of the site is still going to have significant improvements. The team decided that it was best to get the new curriculum and improved performance out as soon as it was ready and then add things like the dark theme as they are done. They are planning to implement a dark theme for the new site.

Not sure how much web stuff you’ve tried making but if you ever spent time on MDN docs you would see that internet explorer and edge have absolulutly abismal support. People say chrome is the best but Firefox has a good inbuilt feature for CSS grid (first out of the different browsers so far). A combination of Chrome and Firefox is the way to go for now.