I could see the value in creating the repo first then cloning it but in my experience I have been told to create the project first get a MVP (minimum viable product) then create a repo and that’s if the lead developer didn’t create the repo for me while I was working on the actual code. So it’s good to know how it works in both cases since you won’t always have a repo to clone first and might not always have access to create the repo.

As you can tell, there are multiple approaches to create a repo.

But I think what would help you more would be to walk through a video of someone going through the process.

There are tons of videos on youtube, but this one seems to be good. 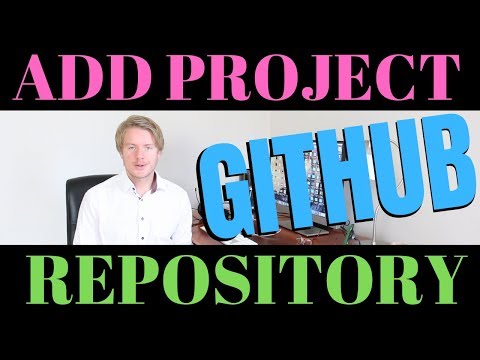 I agree with @Sky020 about using http instead of the SSH key.
For all of my personal projects, I just used the http option.
The only time I used the SSH option was for a project that I didn’t own and we were working with gitlab.

If I make a project that doesn’t have a repo at first, I still follow the same steps.

Copy-paste is super effective. You copy-paste the code you have into the local clone of the repo.

It isn’t the only way, but I have far fewer problems with settings when I create the remote repo, clone it locally, then populate it, no matter when the remote repo is created relative to the writing of the initial code.

This worked for me! I don’t know why things were acting so strange earlier. Im going to have to keep doing this regularly to really get it ingrained for sure.

Thanks for your help

A question about commits that isn’t addressed in the video.

Once you modify a file, add and commit it, and then push it up to GitHub it seems to overwrite the old version of that file. I thought it would save the old version. Is there a different step to creating multiple versions of files?

If you want to see an older version of the file, you look at the commit history.

Wow so glad im making progress on this. Thanks for your help everyone.

Im going to start incorporating it into all of my projects now so I can get better at using it.

Making the steady long term use of git a challenge by setting goals or friendly competitions like keep your GitHub green.

hey can you elaborate on this a bit? I don’t quite understand what this is that im looking at when I visit the link. There are GitHub challenges?

Some people get really obsessed with this graph

which shows how often they push to GitHub. Personally, I do all of my work on GitHub, so I try to prevent green squares on the weekends and ignore any grey squares during the week because I was probably doing something else important rather than using Git.

Personally, I do all of my work on GitHub

So by this you mean saving everything you do on GitHub?

I get paid to write open source software on GitHub, so yea, everything I write is saved on GitHub.

Thanks for the help

Its all making sense now.

I am also going to link my old post on branches.
You don’t have to worry about branches now.

But later on when you start learning about them, this post might help explain the benefits of using them.

Confused about branches in github

Hey! I just started worked with git and github for the first time and I am a little bit confused about when to create new branches. I read through the github guide and from what I can understand you should create new branches when you are working on a new feature and keep it separate from the main branch. But the guide made it seem like you should do this when you are working on a team. Should I just keep adding everything to the main branch and worry about new branches later?

Thanks a bunch! Yeah, Im still fuzzy on branches and even pulls. Although Im thinking pulls will be much easier to understand.

Thanks for sharing this. I’ll look through it.

Well, pulls come from merging branches. Basically, it means “pull the history from this branch into this second branch”.

glad I brought it up, thanks.

I used Git Extensions a lot when I first started using Git about five years ago. It’s good because it uses all the proper Git terms but you can see what commands it is using so it also helps you learn the command line. I’m command line only 99% of the time now. Only have to go GUI very occasionally if I’m doing something weird.