Is it meant to be such a fast pace?

I been liking the new course. But i noticed some areas brought new properties/values out of nowhere, but since they weren’t to wild i brushed them aside. I already knew them but they may be sort of “out of nowhere” for a newer person.

This as of right now is the most wildest step. This hasn’t been explained anywhere yet then all the sudden its almost as if we were to already know this? 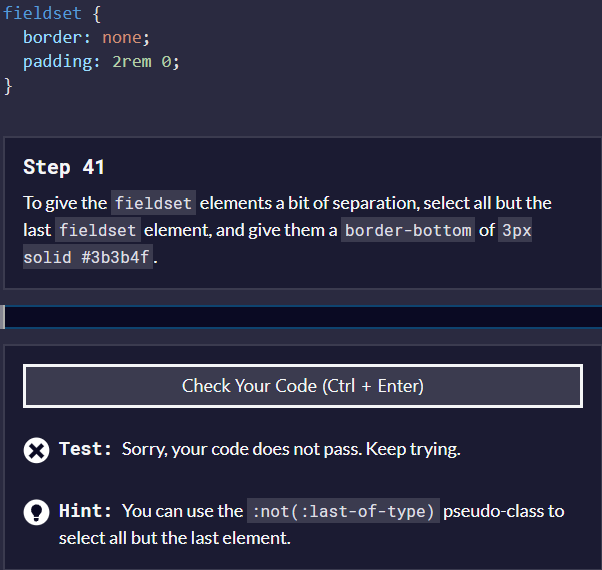 As of this new course the most it taught of pseudo-classes were in the CatPhotoApp with a:hover/active/visited.

Would be nice if this could have more/any explanation before we need it for a lesson’s answer.

I just finished that part a few days ago. There was a couple of times where I had to click “Check your code” just to know what I had to do because there was no explanation on what specific format I had to use. For example, with elements require parentheses instead of colons or vice-versa and it is not explained until after you find out your code is wrong.

Learning correct code format from incorrect code is great (learning from mistake type of deal) though I would love an actual explanation sometimes. I enjoyed the course regardless, though.