I just completed my second front-end libraries project. A react markdown previewer. All the tests pass 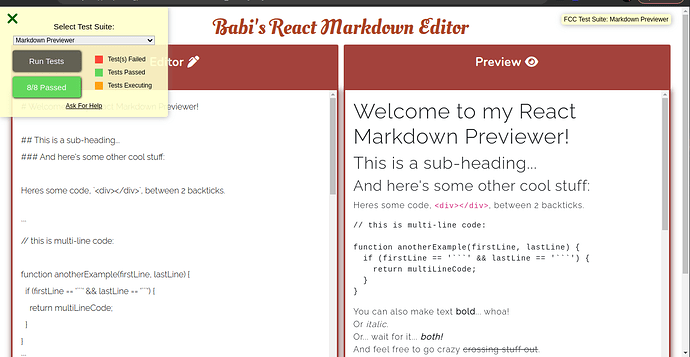 Codepen link: markdown editor/previewer
I would greatly appreciate your feedback. Thank you

Thank you so much @bbsmooth! I have done the corrections. I didn’t know most of these